As a lifelong social justice advocate working to eliminate poverty and economic insecurity, Shelley joined HUD with a long record of public service. Prior to joining HUD, she served as an elected Illinois state court judge for 15 years, resolving complex business, construction, housing, and employment issues. She conducted more than 100 jury trials and negotiated settlement of many more. The Illinois Supreme Court also appointed Shelley to the Commission on Poverty Elimination and Economic Security, and she was a recipient of the Chicago Bar Association’s Earl B. Dickerson Award for a career devoted to helping others gain equality and justice. Before serving as a judge, Shelley practiced law for nearly 25 years, beginning her career with grassroots nonprofit organizations and going on to head litigation for the Metropolitan Water Reclamation District of Greater Chicago, litigating and managing complex construction disputes and environmental issues. 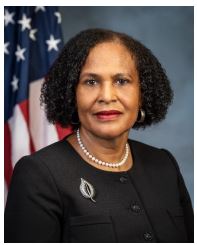