In demand as a guest clinician and performer, Mr. Jackson has presented numerous guest recitals and masterclasses at institutions including the Juilliard School, Yale University, UCLA, University of Minnesota, the Cincinnati College-Conservatory as well as the conservatories of Shanghai and Beijing. His former students occupy performing and teaching positions throughout the United States and China.

Mr. Jackson spends his summers teaching and performing at the Brevard Music Center. He is an S. E. Shires artist and clinician.
Speaking At
Improve the Sound and Ensemble Skills of Your Trombone Section Through the Use of Chamber Music. 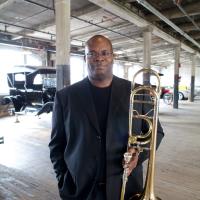