At Grosse Pointe South, Chris directs four choirs, including the nationally acclaimed Pointe Singers and Tower Belles (women); both choirs have received numerous Grand Champion concert and show choir awards since returning to competition in 2013 including FAME Nationals in 2019. They have also earned caption awards for best vocal sound, choreography, show and costuming. Each choir has earned top rating at MSVMA solo and ensemble events. Every other year, the choirs of Grosse Pointe South travel internationally throughout Europe. Their most recent trip, in February, toured throughout Poland and Austria.

For eleven years, Mr. Pratt was the Director of Choirs at Center Grove High School in his hometown of Greenwood, Indiana. His award-winning ensembles won top honors at national and regional competitions, including seven consecutive national titles from 2003 to 2009.

In 2001 Mr. Pratt was a proud recipient of Danville District 118, David L. Fields Outstanding Teacher of the Year and was featured in Choral Director’s Magazine for his work and success in choral music in 2011.

In addition to Mr. Pratt’s full-time work as a choir director at Grosse Pointe South, he also engages in freelance work with choirs and continues to be a clinician and adjudicator from Virginia to California. 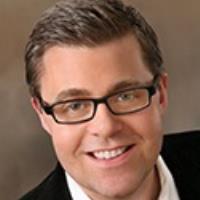