Full Name
John Kennedy
Company
Farmington Public Schools
Speaker Bio
John Kennedy brings a combination of public school and professional bass experience to all of his endeavors. A 29-year veteran public school orchestra teacher, he teaches at North Farmington (MI) High School and has previously taught in Detroit, Chelsea, MI and Iowa City, IA. In 2005, he was nominated for Orchestra Teacher of the Year for the state of Michigan.
John is internationally recognized as a bassist, clinician and teacher of young string bassists. He is Past-President of the International Society of Bassists, the largest worldwide organization dedicated to the upright bass. He is also a veteran clinician at the Univ. of Michigan Bass Bash, the Golden Gate Bass Camp, the Richard Davis Workshop in Madison, WI, the Michigan Bass Fest, the Oberlin Bass Workshop and the Milt Hinton Bass Workshop. Mr. Kennedy is an active performer and studio teacher. He was formerly Associate Principal Bass of the Honolulu Symphony, and has performed with the Detroit, Ann Arbor, Flint, Toledo, Kalamazoo, New Mexico, and Cedar Rapids symphonies.
As a composer and arranger, John has written dozens of works, both arrangements and original compositions, for youth orchestras and for young bassists. He holds his Bachelor’s and Master’s Degrees in String Bass Performance from the University of Michigan, where his principal teachers were Larry Hurst and Robert Gladstone.
Speaking At
Bring Your Bassists Into the Fold – Building Advanced Bassists Even If You Don’t Play the Bass! 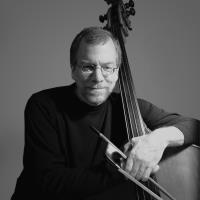