Full Name
Sarah McKoin
Company
Texas Tech University
Speaker Bio
The MSBOA Headliner, Dr. Sarah McKoin serves as the Director of Bands, Professor of Music and conducting area chairperson at Texas Tech University. Her responsibilities include Conductor and Musical Director of the TTU Symphonic Wind Ensemble, administrating the graduate program in wind conducting, pedagogy and wind literature, while overseeing all facets of the university band program which include 5 concert bands, the 400-member Goin’ Band and other athletic bands. Under Dr. McKoin’s direction, the Symphonic Wind Ensemble has been featured at the 2018 Midwest Clinic, and has frequently performed for the Texas Music Educators Association Conference, and the College Band Director’s National Association Southwest regional conference.

Prior to her appointment at Texas Tech, Professor McKoin was the Director of Bands at the
University of Missouri-Kansas City Conservatory of Music and held appointments at the State University of New York at Buffalo and SUNY Fredonia. Additionally, McKoin spent nine
summers in residence on the conducting faculty at the Brevard Music Center in Brevard, North
Carolina as the Director of the Transylvania Wind Ensemble and has taught at the Interlochen
Arts Academy.

Dr. McKoin maintains an active schedule as a guest conductor and clinician and has traveled
extensively throughout the United States and abroad. She has worked in China, Taiwan, Thailand, Canada and served as producer for the world premiere recording of Roberto Sierra's Fantasia Correliana with the Castellani-Andriaccio guitar duo and Israeli Chamber Orchestra in Tel Aviv, Israel. 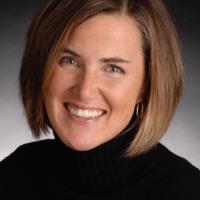