Mr. Perkins has served as an adjunct professor of Film Scoring at Madonna University in Livonia, Michigan and is currently the Director of Instrumental Music and Music Technology at Fenton High School & Andrew G. Schmidt Middle School in Fenton, Michigan. He additionally serves as the Music Director and Conductor of the Fenton Community Orchestra. Mr. Perkins is a member of the American Society of Composers Authors and Publishers (ASCAP) and his music is exclusively published through APOLLO STUDIOS Music Publishing.

Perkins' mentors include Larry Livingston, John T. Madden, John Whitwell, Jonathan Reed, Colleen Conway, & Eric Gould. He currently resides in Michigan with the love of his life whom he married in 2010, and their daughters.
Speaking At
Art At Your Fingertips-Collaboration with Composers for School Ensembles 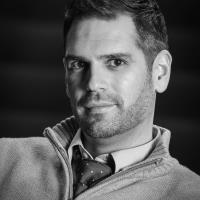