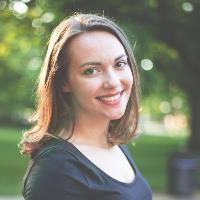 Alison Hendricks Roberts became the director of bands at Chelsea High School in 2020. She also is the Associate Director of Bands at Chelsea Middle School and teaches beginning instrumental music at South Meadows Elementary School. Prior to teaching in Chelsea, she taught for five years in the Ann Arbor Public Schools, as the Assistant Director of Bands at Huron High School, as well as a beginning instrumental music teacher at Angell, Wines, and Allen Elementary Schools.

Roberts received her bachelor's degree from the University of Michigan in Trombone Performance and Music Education. During her undergrad, Roberts was privileged to play with a large number of ensembles including the Concert Band, Jazz Ensemble, Lab Jazz Ensemble, Trombone choir as well as various chamber groups. She began her Master's Degree in music education in the summer of 2019 at the University of Michigan, where her research areas include student well-being in secondary music ensembles, curriculum design, and expanding definitions of successful music programs to encourage a well-rounded music education for high-school students.

​In addition to her study of the trombone, Roberts has also studied voice. She enjoys songwriting primarily for voice and guitar. She leads the Liberty Street Praise Band at Zion Lutheran Church in Ann Arbor and has released an album of original songs called None of These Songs Are About You under the stage name "Alison Hendrix."

In her free time, Roberts loves to make, listen to, and discuss music with her friends, as well as travel around the country with her loving husband, Daniel, in her pursuit to find the perfect donut.​